Welcome to the first day of my new years resolution.

When I resolved to walk down Wasaga Beach every day for a year, I wasn’t thinking about a website or photographs.  I was thinking mostly about trying to get outside for some exercise through the winter months.

The idea of a website didn’t occur to me until a few weeks later as I came to appreciate that every day on the beach is a different experience. I found myself taking pictures with my phone, and sharing interesting things I saw on my daily walk via Facebook.

Bugging my friends every day with random photos seemed like a bad idea, so Wasaga365.com was born!

Some days I walk from my house down to the beach, but most days my habit is to park at at the municipal lot at 18th street north and Shoreline (empty in the off season) and walk down to beach one and back.

We’d had some harsh weather in December, so by the time I started this adventure, the beach was already pretty interesting. The picture below is taken January 1st looking south from the water’s edge near 17th street (beach two). You can see ice chunks mixed with sand caused by the waves pushing ice onto the shore. Further up the shore, now covered with sand, are ice ridges caused by an earlier winter storm. 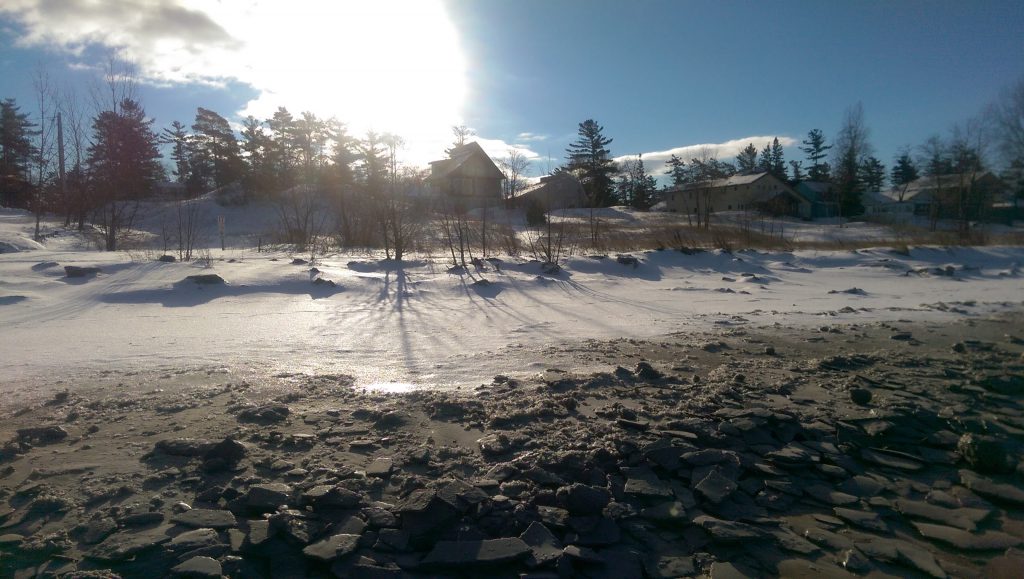 The second picture (below) is taken at beach one.  Note the ice ridges from the storm I mentioned covered with snow just beyond the snowmobile tracks. 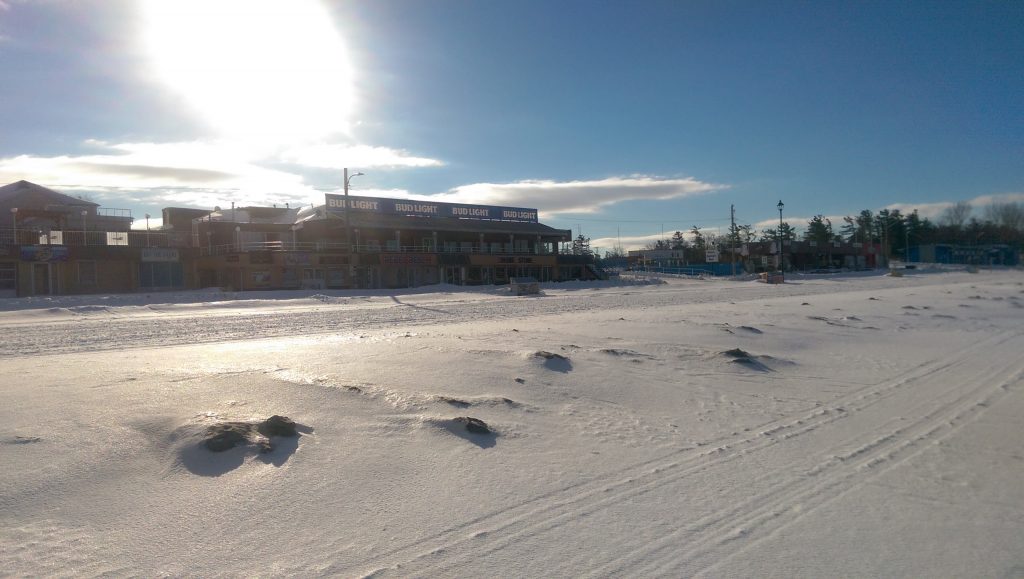 During the winter months I rarely see anyone on the beach. Sometimes just the odd person on a snowmobile. This will change of course in the summer months assuming I can keep to my resolution!

By January 4th the weather was getting a little nastier with high winds and blowing snow. The photo below was taken just west of the end of the boardwalk.  The north side of the trees were covered with snow and ice.  Note how the growth of the trees is affected by the steady northwest winds. 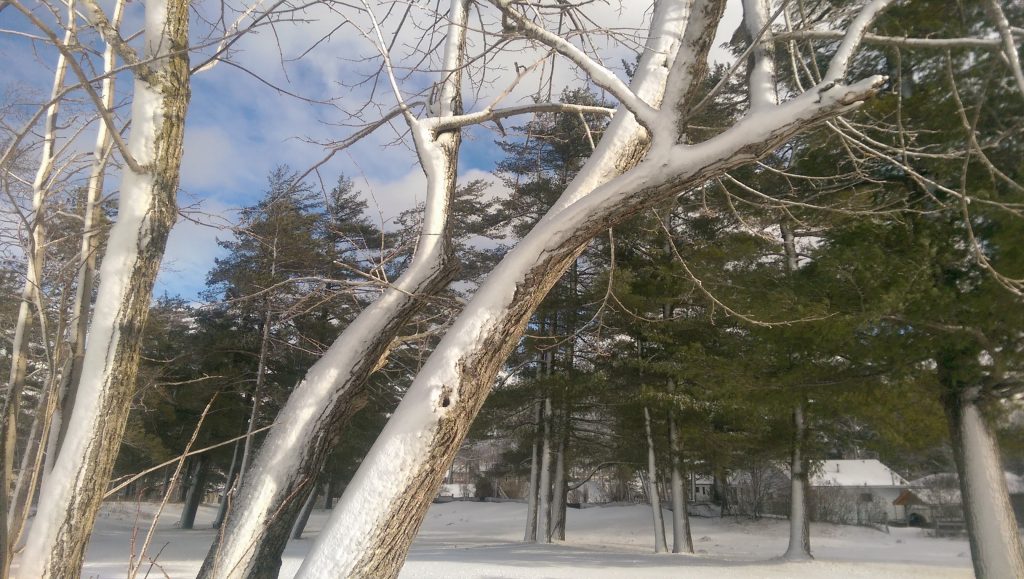 Below is a satellite image showing where the photo was taken.  You can see the foot paths to and from the beach.  When the weather is harsh, I sometimes take these paths and walk parallel to the beach on Shore Lane to avoid the northwest wind.

The photo below was taken January 5th looking north toward the beach from 18th street  (where I normally park)  by Bungalows on the Beach.  You can see that with the high winds Georgian Bay is ice free. 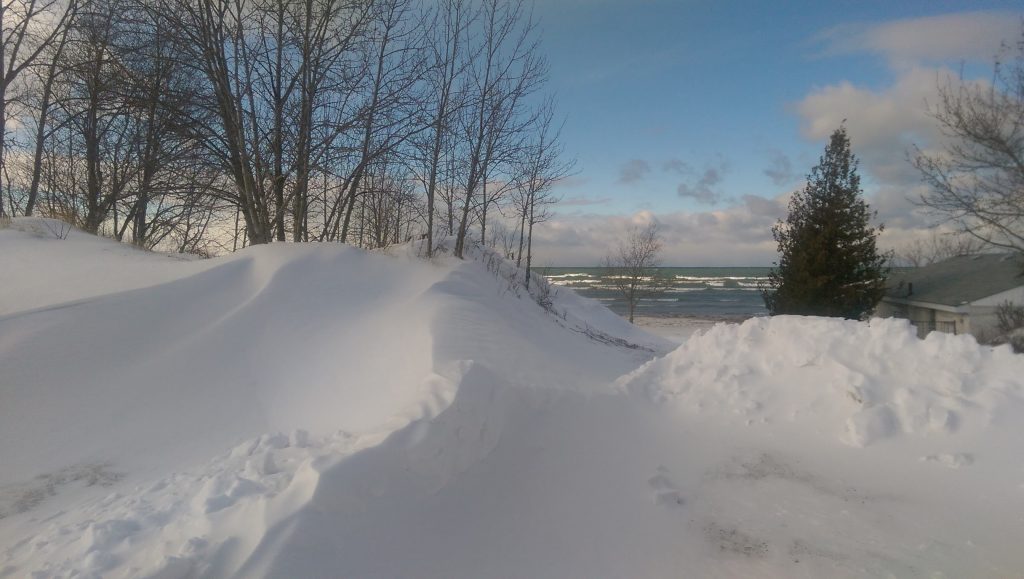