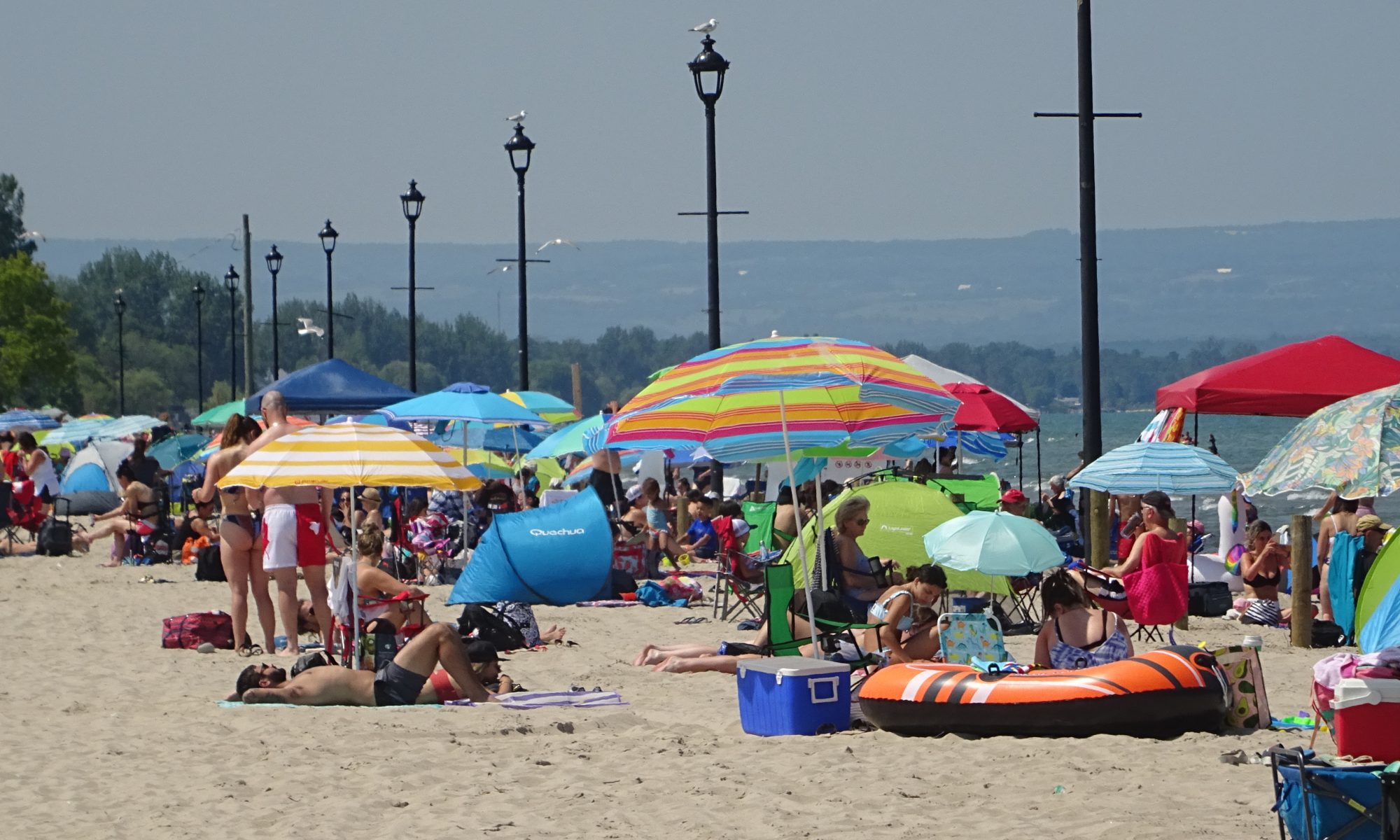 Wouldn’t you know it, but midway down beach one I spotted a CTV cameraman doing the same taking the same shot but looking east – looking down the most crowded part of the beach. I said to Mom, “let’s hurry or we may end up on the evening news”.

Wouldn’t you know it, but the next day we learn that Mom and I were caught in the first few seconds of the CTV Barrie News broadcast here – https://barrie.ctvnews.ca/we-saw-human-behaviour-at-its-worst-overcrowding-an-issue-at-wasaga-beach-ont-1.5008671?fbclid=IwAR32t9RCFF6RjpxnRXRXV84UxhfRu7zaf2EQvUTsgxyTpPVJisHWKXvlcwQ with the headline “human behavior at its worst”.

I respect the town of Wasaga Beach for looking after the interest of residents, but I’ve got to admit I was pretty annoyed by this coverage. The beach was open July 2nd.  The province had literally literally announced “free access” to provincial parks for the holiday. https://globalnews.ca/video/7125421/ontario-premier-doug-ford-announces-free-day-use-to-all-provincial-parks-on-canada-day/. Talk about mixed messages. Also, people were not nearly as close as the pictures on the news made it appear. 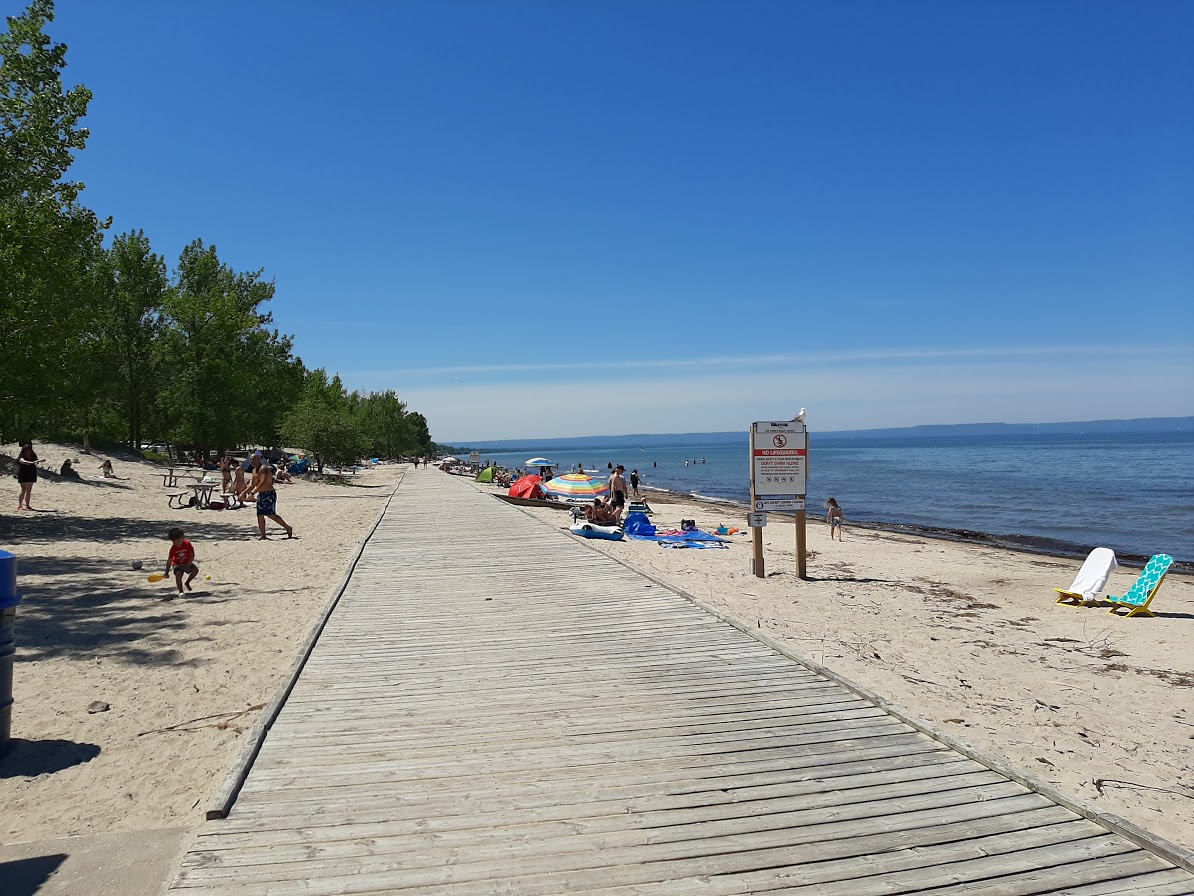 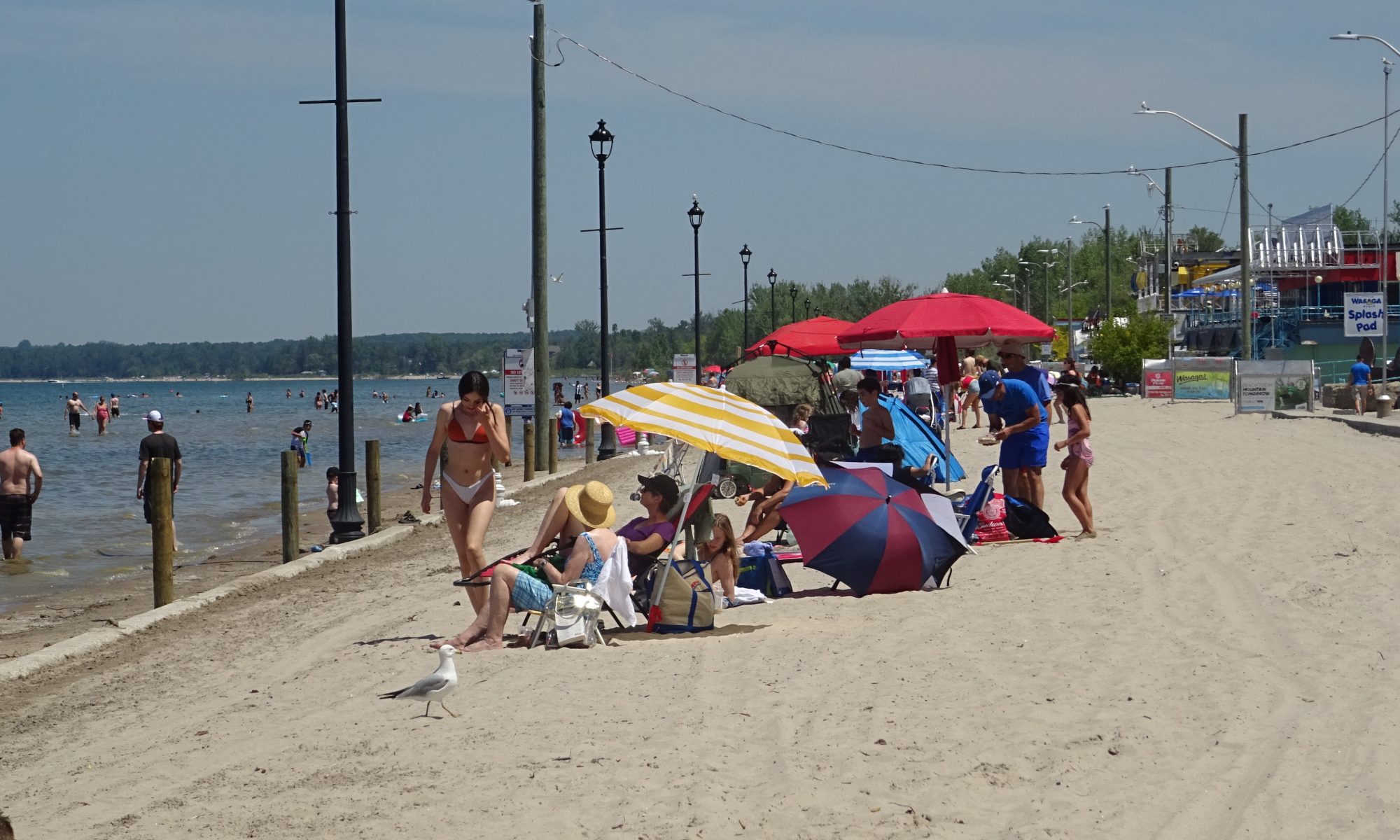 Things seem to be getting back to “almost normal” – by Saturday June 20th, the beach was packed. Part of the reason is that the beach appears busy however is that there is far less beach with the record high water.