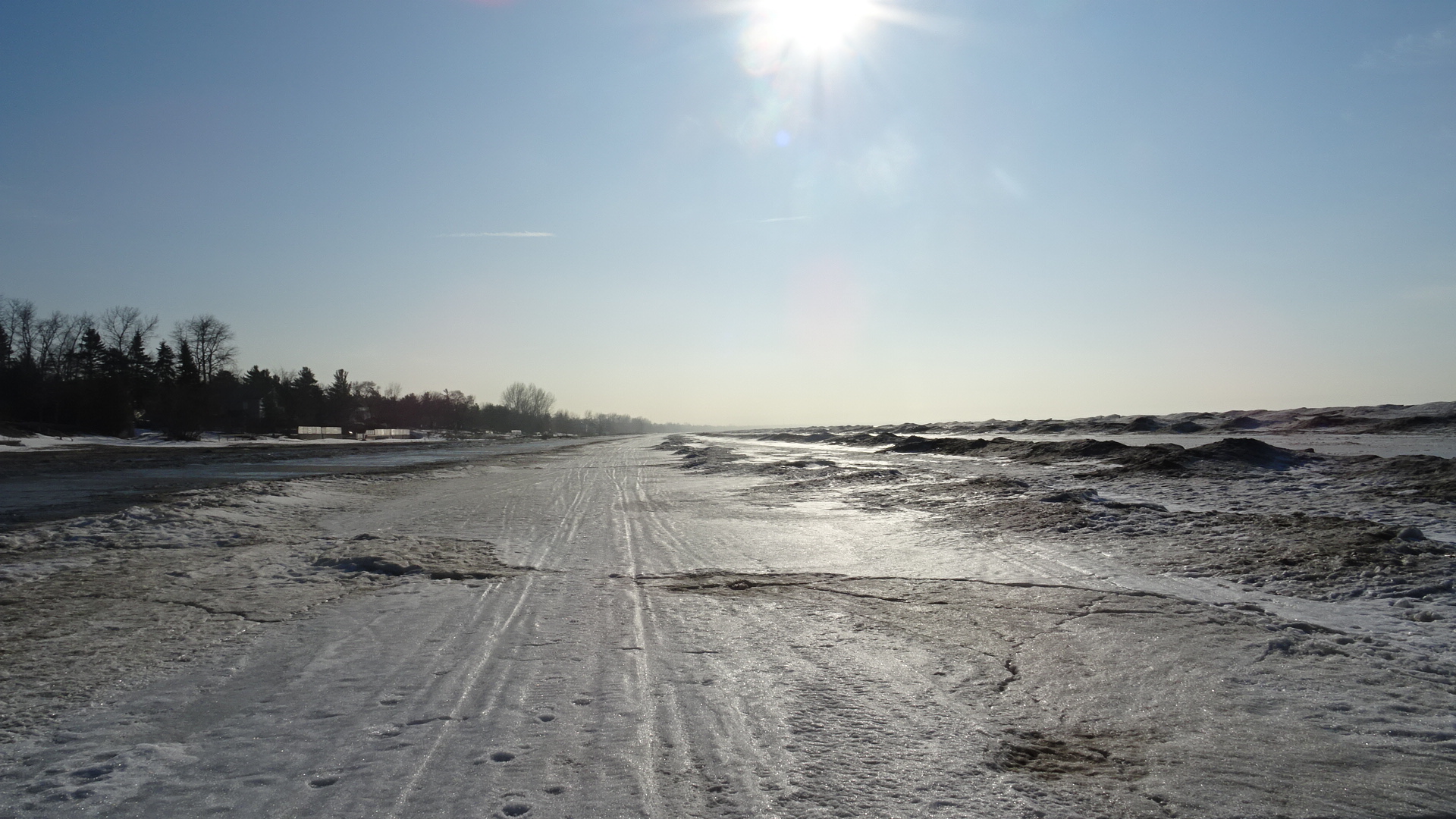 After this week, you’ll have a hard pretty hard time convincing me that the climate is not all messed up!

It’s supposed to be the coldest week of the winter, but the weather was in the double digits.  Not just one, but multiple records broken.

You get the picture! It’s amazing, but also a little depressing.

Given the tropical weather on Sunday, we decided it might be a good day to try and fly a drone on the beach.  Jamie and I parked at our usual spot and gave it a try.  Despite how warm it was, it was just a little too windy and the drone kept blowing away (luckily away from the water) – we decided we need a bigger drone!

The days were so nice I got down to the beach twice some days this week. There are many more pictures in the Gallery.  You could actually get a sunburn from the reflection off the snow.  For the first time I saw cross-country skiers heading up and down the beach as well.  Lots of people were in town for the long weekend opening up summer homes and cottages.

By the end of the weekend, it had been so warm, and so many snowmobiles had criss-crossed beach, that the snowmobile trails were down to wet sand as you can see below.

Most days mid-week were warm and hazy.  The picture below taken from the upper part of the beach shows that despite the warm weather the ice is still hanging in at the shore.  Note all the mini ice-bergs floating out on the bay.

It’s pretty incredible the difference a few warm days makes.  By Saturday the 25th, despite heavy rain all day Friday and some thunderstorms the night before everything was dry (below).

At least it is easy to walk on the beach again! I definitely prefer this to the glare ice of a few weeks back.  With the snow all gone I was able to take a different route, walking back from Beach one through the parking lots in the provincial park below.