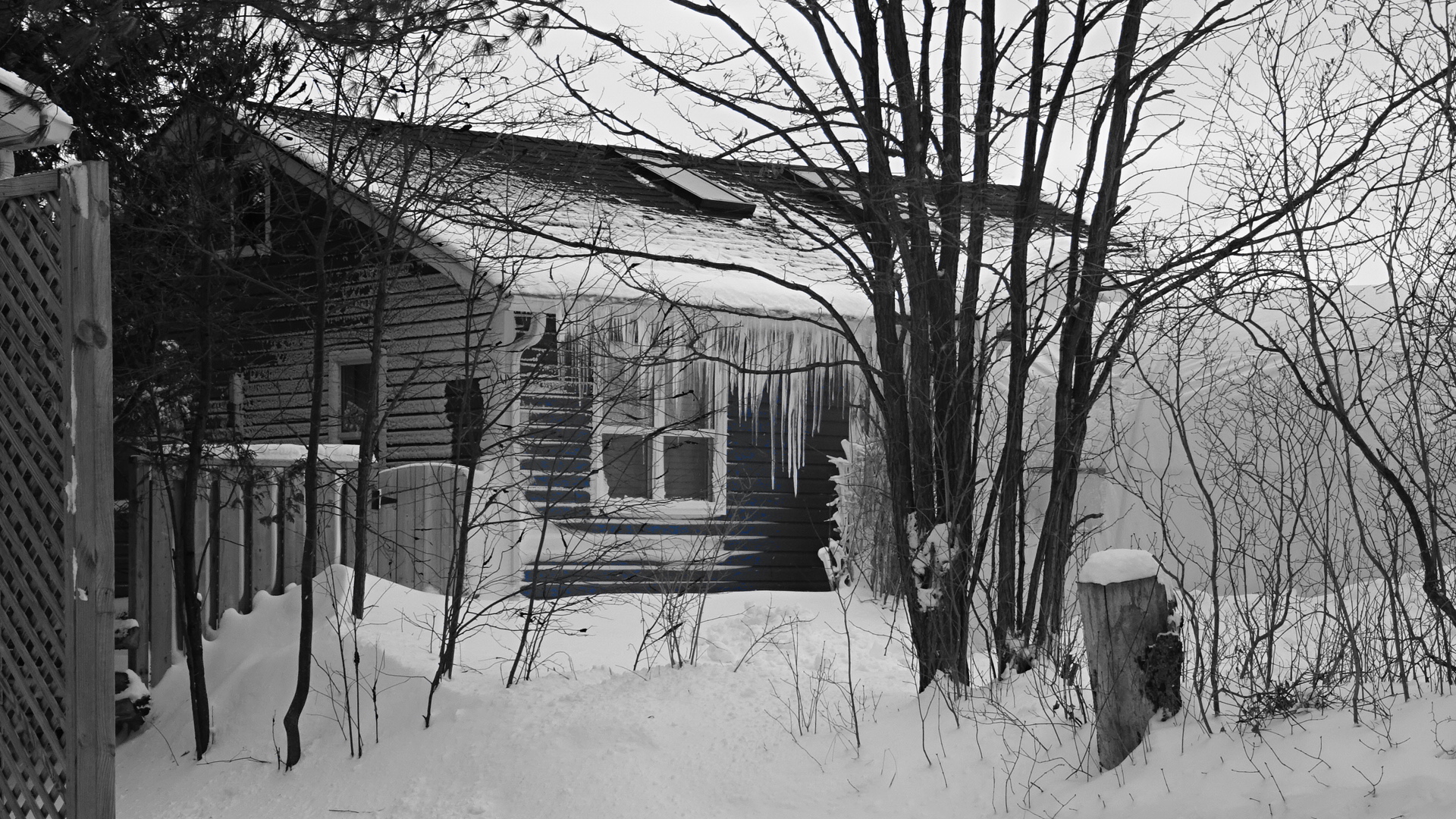 This week started out with the usual cloudy and depressing weather pattern, but by the weeks end it was simply glorious!

In case you’re wondering, I’ve been getting the daily temperatures above from a site called Weather Underground.  They have a history feature which allows me to go back and check what the temperature was every day.

We get moderate weather being so close to the lake, but in just six weeks I’ve observed how much the temperatures are above historical norms. As I write this today (on February 15) the low temperature was -6 C.  On average for this date it is -11 C. The record low was -30 C.  This is anecdotal, but almost every day so far in 2017 the temperatures has been several degrees warmer than historical averages.  You’ll have a hard time convincing me that climate change is not real.  Georgian Bay hasn’t frozen this year other than sometimes in the morning when there is a thin sheet of ice across the bay if the wind is calm overnight.

On February 12th I walked the whole length of the beach pretty much through a blizzard.  I’m definitely getting my exercise on the snowy days because even when I try and walk on the snowmobile trails, the snow is often pretty deep.

In the early part of the week I saw only two people walking on the beach.  I saw tons of snowmobilers though.  We’re getting new snow every day and I’m getting to know some of the regulars too.  All the snowmobilers wave at me which is pretty cool.

I think I took my best picture on February 13th below.   This is a cottage I walk by every day.   They have an awesome location right on the beach.  The cottage is almost buried in a snow drift in this picture.  You can see the north end is blurred by blowing snow coming from drifts along the beach.

I just had too Google Map this for comparison.  Below is what the same cottage looks like in the Spring.  Most of the properties have sand blown into the yard making it hard to grow grass.

One of the coolest things I saw all week was a sled with a parachute attached.  I took pictures mostly at a distance because it was hard to get the sled and the chute in the same picture.  I was on the beach over an hour, and this guy was crisscrossing beach one the whole time.  He was obviously very good at his sport.  The wind was from the Northwest, but he seemed to have no trouble tacking back and forth.

Although I got pretty close, a full picture up close was impossible because the chute was at 60-70 feet out from the sled as you can see below.  I see people doing the same in the summer on surf boards with para-sails.

The picture below is not mine – I asked my cousin Gordon Sheppard in Collingwood for permission to re-post his picture from Facebook because I thought it was cool.   Note the angry looking sky.

It was rough to walk on the beach this week.  I got up the beach every day, but found myself walking at least part way on the streets (usually on the way back) to avoid the wind and deep snow.  Picture below taken just east of 16th street north.

February 17th was sunny and also crisp and cold.  An awesome day.  I decided to head out on the ice to check things out.  It’s interesting how the ice moves in and out. You can see the pattern below where waves crash against the shore and freezes into a berm of ice, the water calms and freezes over night, and the next day a new frozen berm starts 20-30 feet out as the waves pick up again. Where were about a dozen such berms of various sizes walking from the shore to the edge of the water.   I didn’t feel comfortable getting too close to the open water even though it was cold enough in the morning when this was taken.

Saturday I think will be another record high temperature.  By around 10:00 AM when I ventured out it was already 8 degrees Celsius. Crazy warm.  We’re going to loose a lot of snow.  I’ll be curious to see what the beach looks like tomorrow.  There may be a lot of water and mud.  It’s supposed to be way above normal all week.  Great to feel the warmth of the sun.