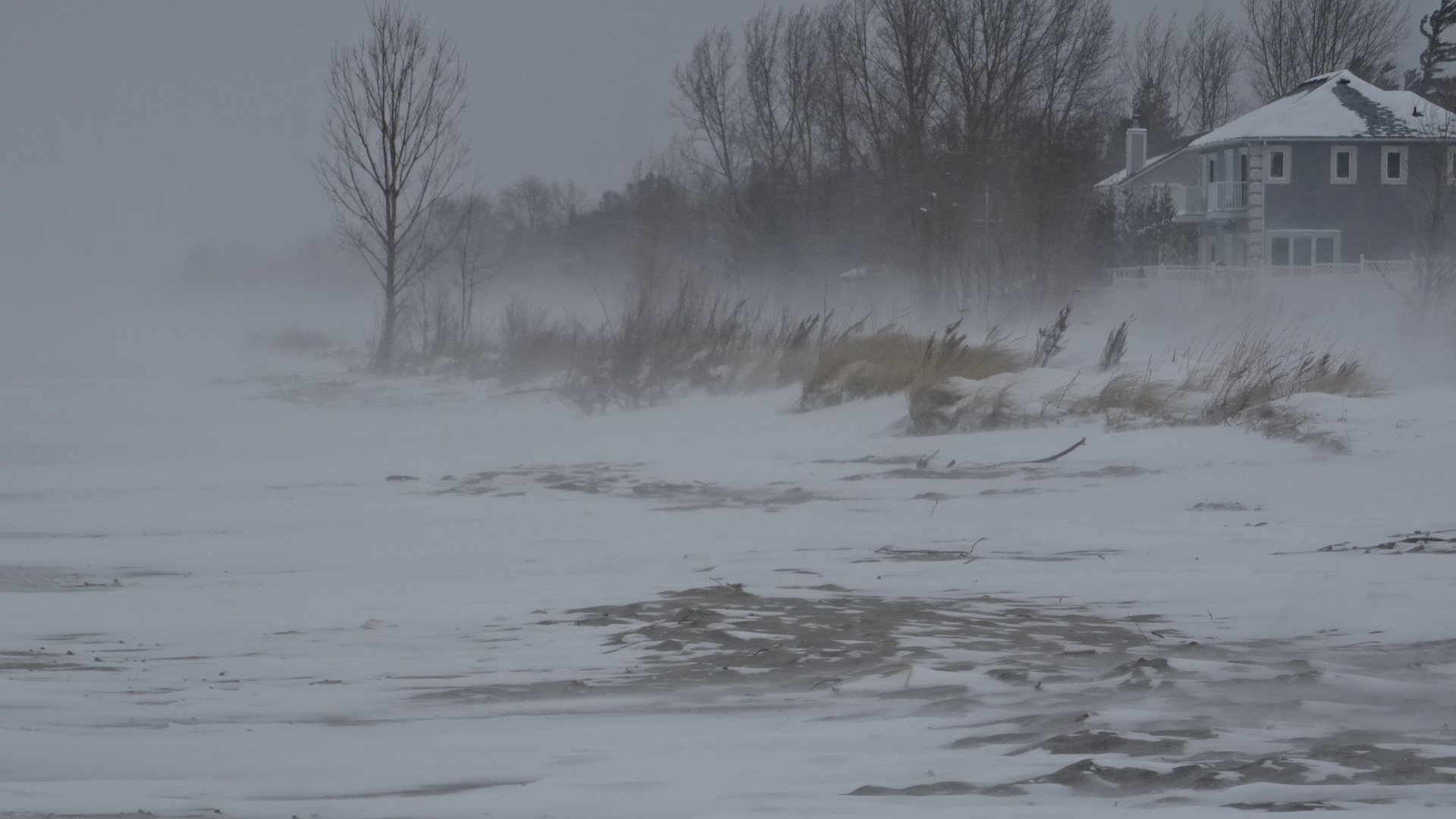 The fluctuations in temperature this week were causing the ice to change daily.  Even though it warmed up quite a bit on Sunday & Monday, I managed to walk the whole distance (beach three to beach one and back is my usual route) on the ice as opposed to walking on the sand like I usually do.

By Thursday the ice close to the shore melted completely.  I’m pretty sure the ice had been frozen pretty much down to the sand and was held firmly in place, but as things warmed up the ice started to shift causing big cracks to appear along the ice the entire length of the beach.

Even while I was walking along the ice on Sunday / Monday I was hearing loud booms and cracking sounds, some close and some far away.  There was no danger because the ice was plenty thick, but it was clearly moving. Some of the cracks were several hundred feet long like the one below.  A huge section of ice dropped about an inch.

By mid-week it was very mild. There were work crews taking advantage of the warm weather using heavy equipment to clean up some of the sand drifting across the road at beach one.

By Thursday it started to turn cold again and once more became very windy. The winds were gusting to 80 kilometers per hour. This was the same day they had to close the Burlington skyway because of the transport truck that blew over in the wind.

Somehow with all the wind and return to cold weather, the water near the shore seemed to disappear overnight causing the ice near the shore to sag about a foot in places. I’m speculating the water level near shore had gotten higher than the water level of the lake, and there must have been enough melting to allow the water to drain back out to the bay under the ice.  Apparently the ice is no longer frozen all the way down to the sand.

March 10th was the highest winds I’ve seen yet and it was getting cold again. You can see the whitecaps below and you can see snow squalls off in the distance towards Blue Mountain.  My hands were frozen in just the few seconds it took to take pictures.

Walking down the boardwalk was no picnic today either. It was just too nasty to walk the whole distance down the beach, mostly because you couldn’t keep your eyes open with all the blowing sand, so I walked along Shore Lane to get out of the worst of the wind.  In places there is a foot of sand on top of the boardwalk.  There’s got to be some weight to that!

We got about six inches of snow Saturday morning and it was blowing and drifting an awful lot.  The picture below was taken around 11:00 AM as I started my walk entering the beach at my normal spot near 18th street north.

At times it would be almost clear, but then a snow squall would come in and limit visibility again. 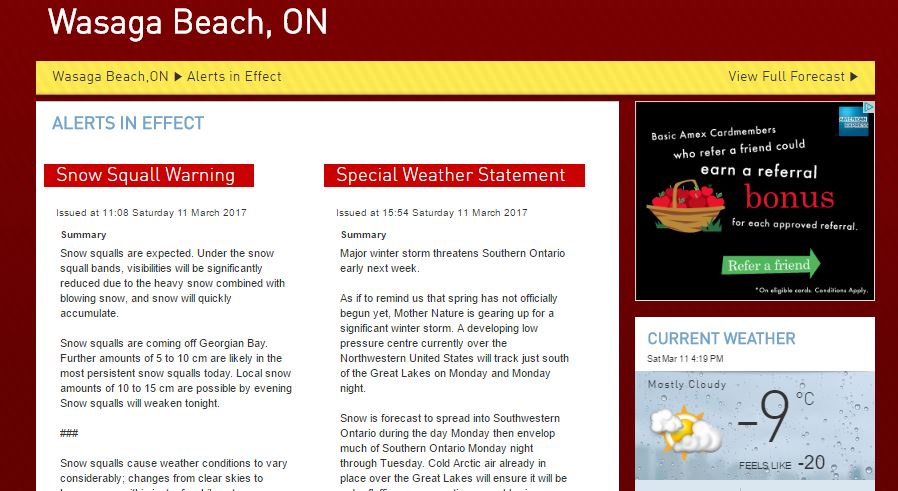