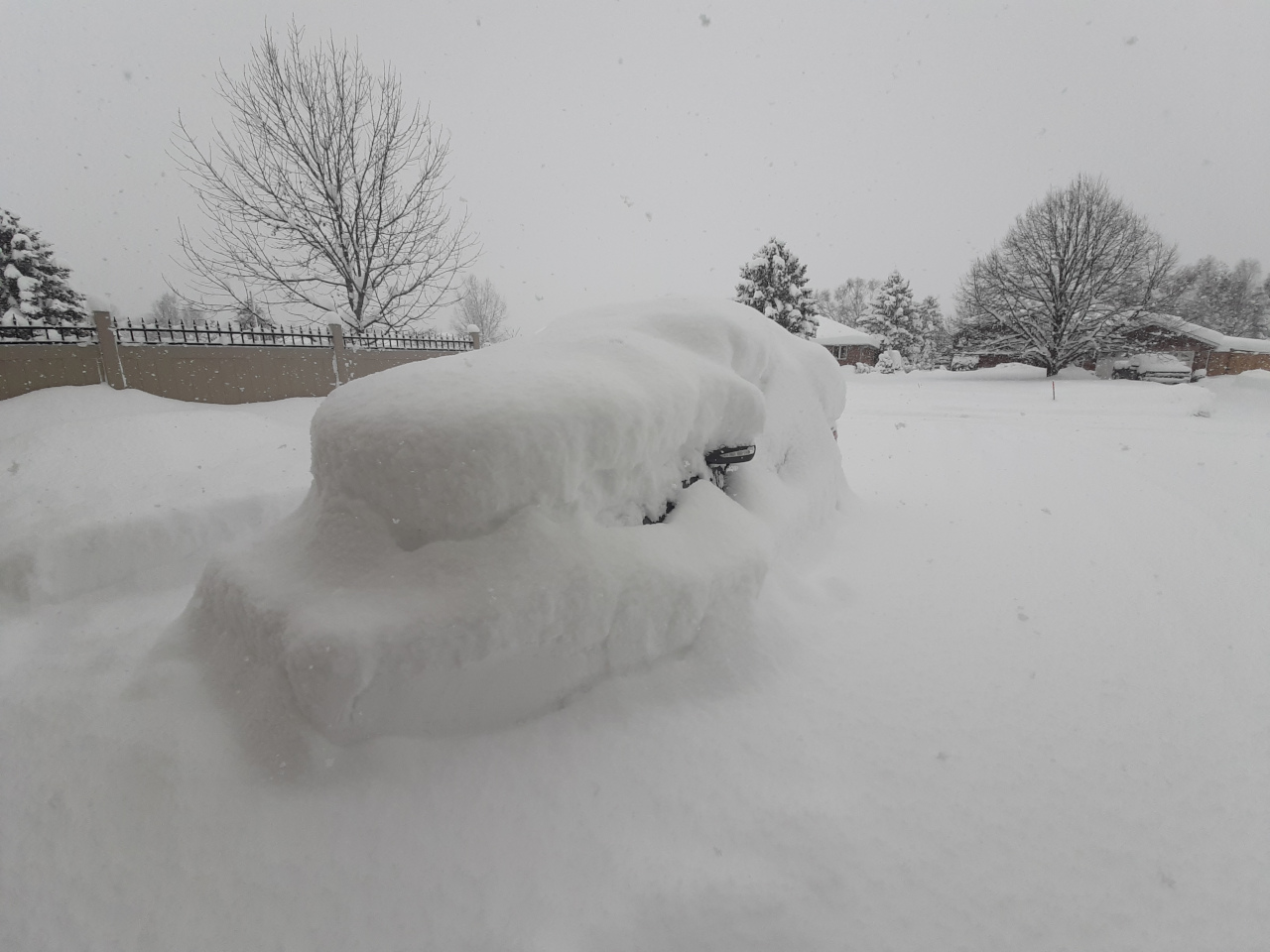 We’re starting to return to more seasonal weather this week. I can’t believe I’m saying this, but we need a couple of weeks of very cold weather. I’m looking forward to walking on the ice instead of “schlepping” it down snowmobile trails that hug the beach.

Late this week we had one of the larger lake effect snow events I’ve seen since we moved to the beach over five years ago. You couldn’t really call it a winter storm since most of the province was unaffected. We had a lot of localized snow bands coming off Georgian Bay. Apparently forecasting the weather is just about impossible with these snow squalls.

The set of four pictures below require a short explanation. We often joke that if you don’t like the weather, wait 10 minutes and it will change. The four pictures below were all taken during my one hour walk at noon on January 19th. Weather ranged from clear skies to near white-out conditions.

On Friday afternoon, the lake-effect snow churned into full gear and we had a tremendous about of snow. We received about a foot of fresh snow over night and another 6-8″ during the day Saturday. Luckily the snow was light owing to the cold temperatures.