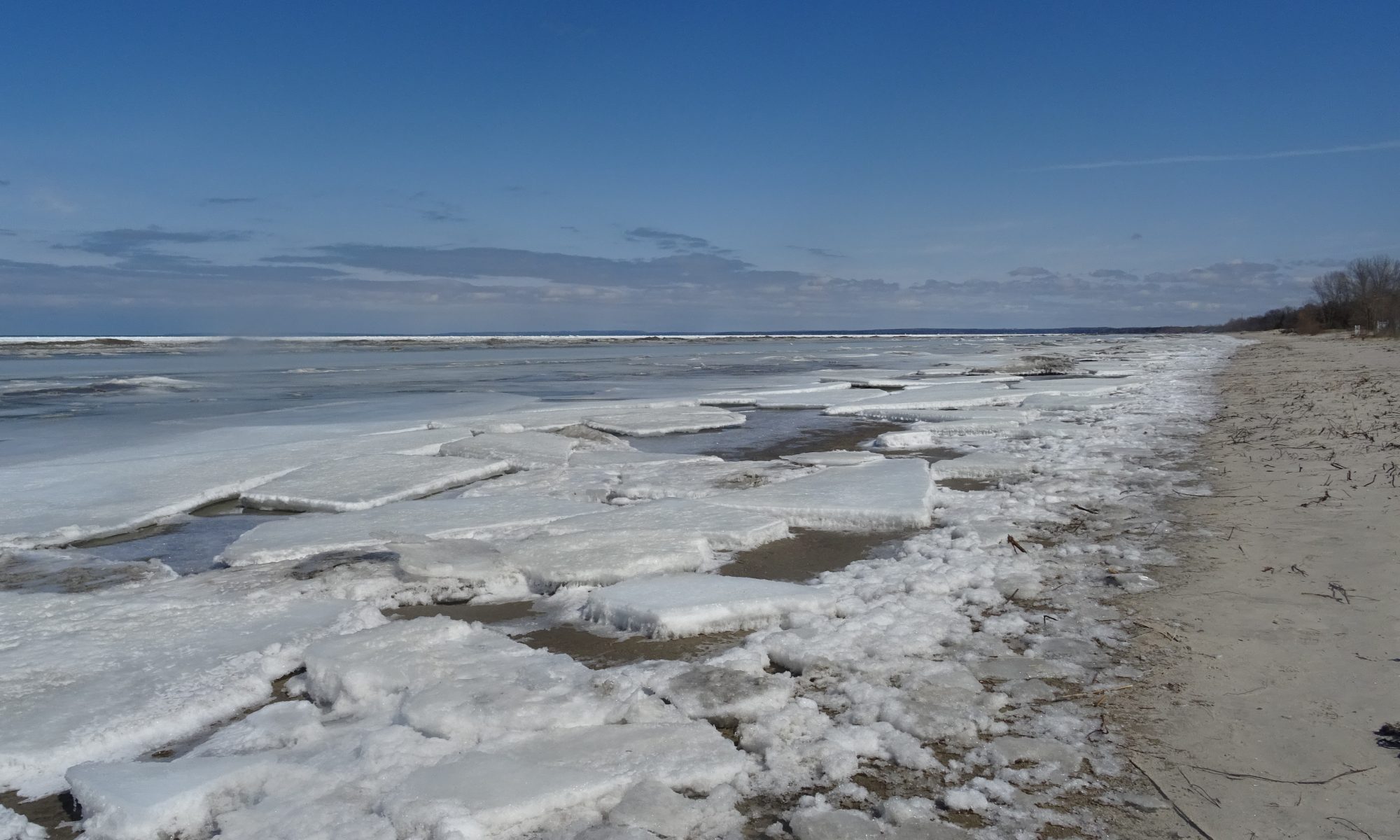 Late on March 31st we had a quite a storm with winds approaching 80 km/hour overnight. Another major storm mid-week. I guess we need to class this as March going out like a lion.

Daily pictures from this week below.

The tweet below from Clearview Fire Rescue shows the condition of Hwy 26 between Barrie and Wasaga Beach. The highway was closed for a few hours because it was just impassible.

I had hoped to swing by the beach and get a picture during the storm, but I was a little too spooked after nearly going off the road. I decided to head straight for home. 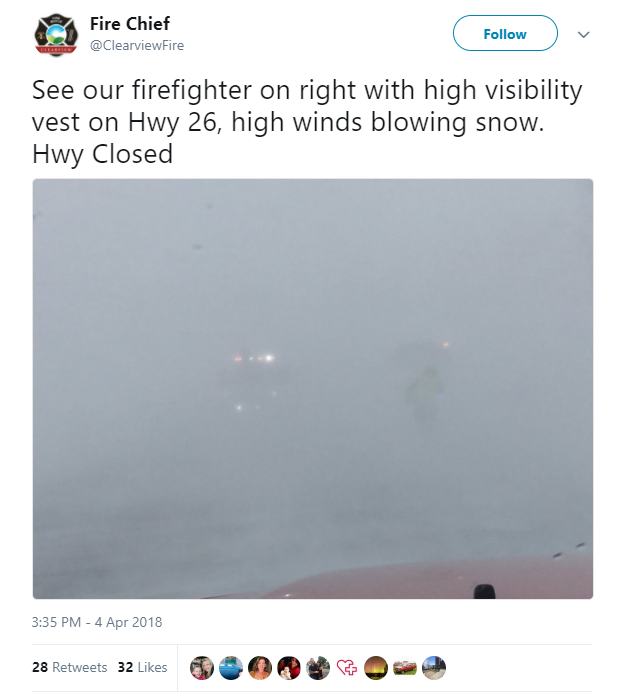 These pictures from early April 2017 (almost exactly a year ago) show how this winter is different. We’re going to be a week or two later getting rid of the ice.