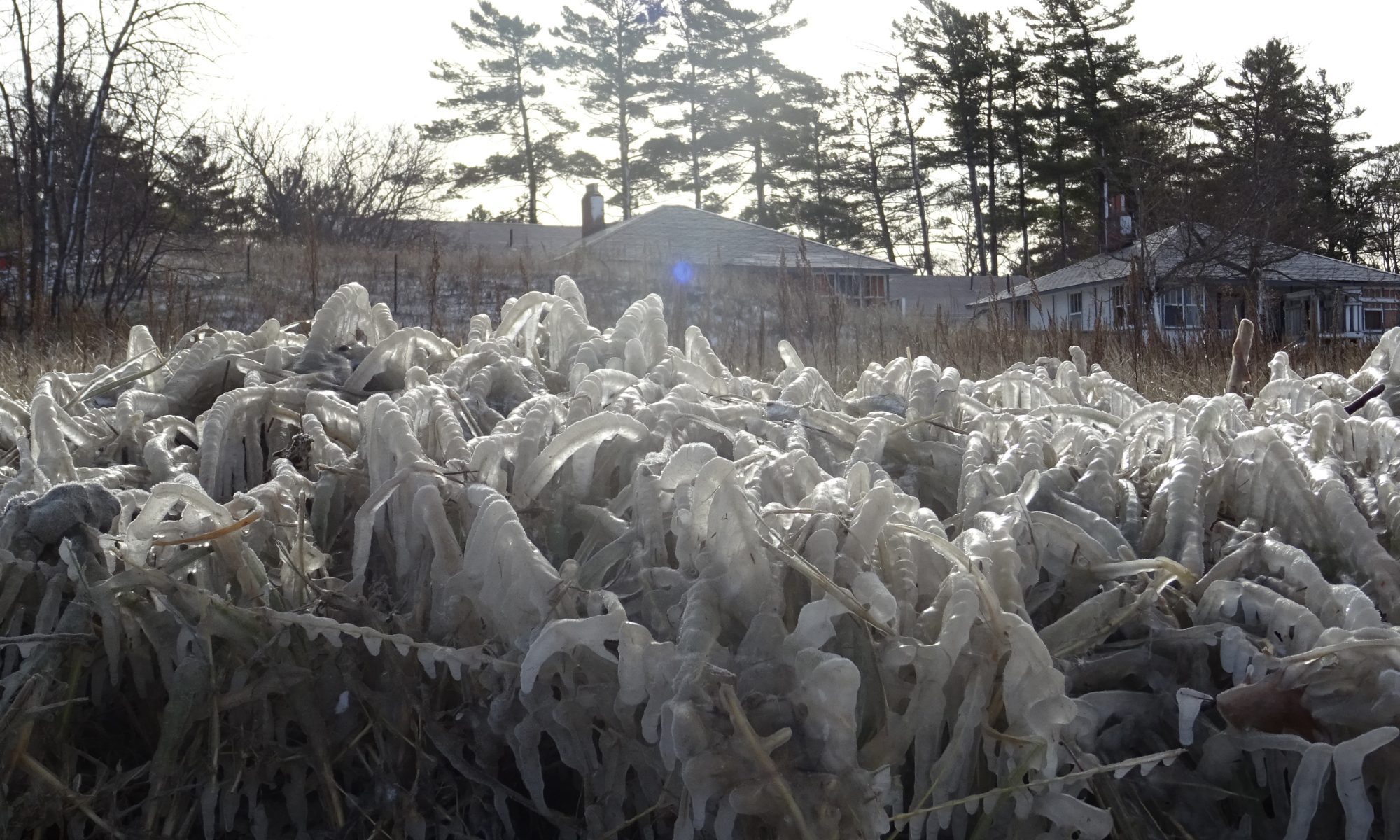 This week we got our first snowfall of the season. There were several days with strong Northwest winds that made the daily walk pretty chilly.  In just a few days, there was some serious erosion to parts of the beach shown in the pictures below.

The first part of the week was quite pleasant. A warm 14 degrees on Sunday.

A few weeks ago, a boat was offshore and I had no idea what it was. Terry Dubois of Wasaga Beach sent a note pointing out that the boat is called the “Last Time”, a commercial fishing tug out of Goderich, Ontario.

I was not previously aware of boatnerd.com, but apparently, just like people like bird watching, there is a whole community into boat watching – you can look up boats sailing the great lakes at http://boatnerd.com.

With Terry’s guidance, I found additional pictures of Last Time, the boat off beach 4 at http://www.boatnerd.com/pictures/fishtugs/Default.htm.

I think we’ve all heard the old adage “Red sun at night, sailors delight. Red sun in morning, sailors take warning.”  I took the picture below around 7:00 AM on Thursday morning looking out across our backyard. There’s some science behind this saying:  https://en.wikipedia.org/wiki/Red_sky_at_morning

I’m thinking there must have been a lot of scared sailors running around Southern Ontario Thursday. The weather certainly turned nasty.